GelRed is far more sensitive than EB without requiring a destaining step. GelRed and EB have virtually the same spectra, so you can directly replace EB with GelRed without changing your existing imaging system.

GelRed(TM) can be used to stain dsDNA, ssDNA or RNA in agarose gels via either precast or post gel staining, staining of polyacrylamide gels has to be done afterwards. GelRed(TM) is also compatible with downstream DNA manipulations such as digestion with a restriction enzyme, Southern blotting techniques and cloning. A series of safety tests have confirmed that GelRed(TM) is nontoxic, nonmutagenic and nonhazardous at concentrations well above the working concentrations used in gel staining.

It can be safely disposed of in regular trash, providing convenience and reducing cost in waste disposal. 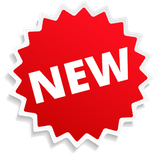 - extremely stable at room temperature, even in the microwave